USC colleague with whom I co-taught a graduate seminar Amanda Pope is a brilliant documentary filmmaker, whose works have frequently addressed some of my own passions—not only recent films like The Desert of Forbidden Art (2010, which greatly expands our understanding of Russian modernism), and The Legend of Pancho Barnes (2009), which broadens our repertoire of early California feminists, but also early works like Stages: Houseman Directs Lear (1981) and Jackson Pollock Portrait. In documenting the work of an artist—whether it was a ground-breaking painter like Pollock, or a theatrical director like Houseman, or a curator like Igor Savitsky—Amanda altered her own visual style and structure to capture what was transformative and unique about their contribution. During the many years when we were colleagues in the School of Cinematic Arts at USC, we once co-taught a graduate seminar that combined theory and practice, which turned out to be a wonderful learning experience for us both. 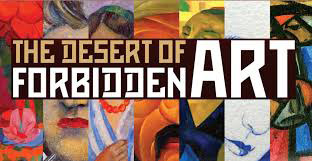