Barry was a friend of mine, the father of one of my son’s best friends. Once he heard about our Cine-Disc Series, he volunteered to be part of it. He ended up programming not only my own CD-ROM version of Blood Cinema (the first scholarly CD-ROM in English language film studies) but also the next work in the series, Yuri Tsivian’s Immaterial Bodies: A Cultural Anatomy of Early Russian Films where he collaborated on the interface design. Immaterial Bodies received the 2001 British Academy Award for the Best Interactive Project in the Learning Category. 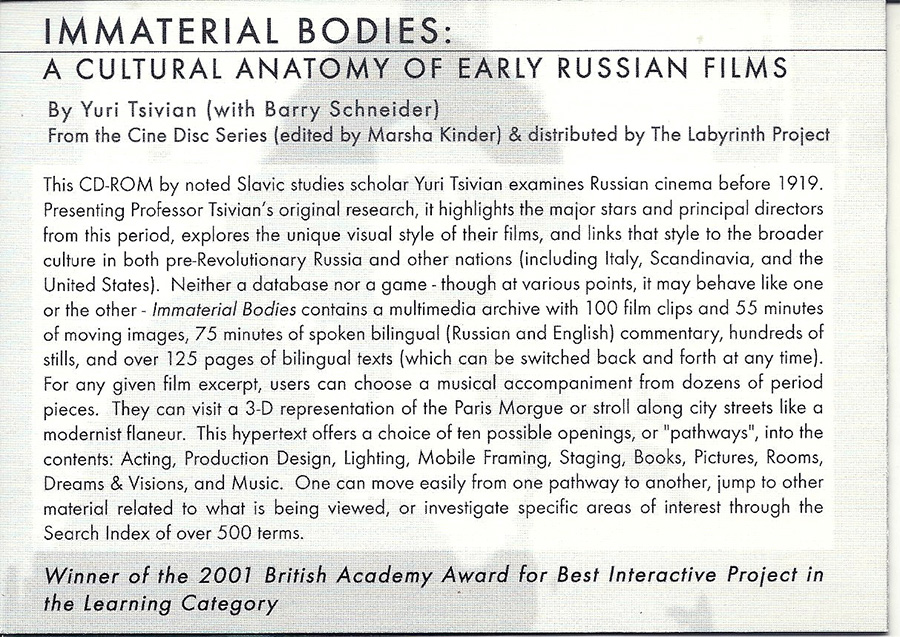