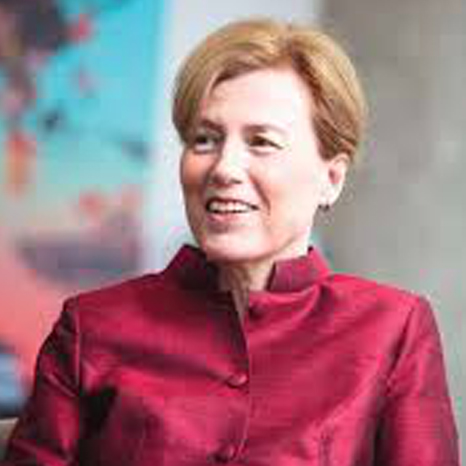 Vibeke has a long career as a cutting-edge international artist and a brilliant administrator who dramatically transforms any program she joins. Originally from Denmark, she currently heads the School of Art, Design and Media at Nanyang Technological University in Singapore. But when our collaboration began in the 1990s, we were colleagues at USC School of Cinematic Arts, both committed to developing a strong multimedia program at our school. When Mark Harris and I were starting to build a prototype for an alternative video game on gender sexuality and race, we asked Vibeke to recommend a talented student from her Animation program. She recommended Kristy Kang, who was perfect for our game and who soon became a core member of Labyrinth’s creative team. When I started planning the group exhibition at USC’s Fisher Gallery for the Interactive Frictions conference, Vibeke promised a new piece she was developing, called Morocco Memory. It explored a trip she took to Morocco in the early 70s, a couple of years after I had been there as well. So I contributed some assets (photos, stories, literary passages), but she designed the whole structure—the diaphanous tent, the Moroccan rugs, the spice boxes that functioned as interface, releasing aromas that perfumed the space and triggering music and rear screened images. There was no technology in sight—only sensory pleasures. Not surprisingly, it was the most popular installation in the show. 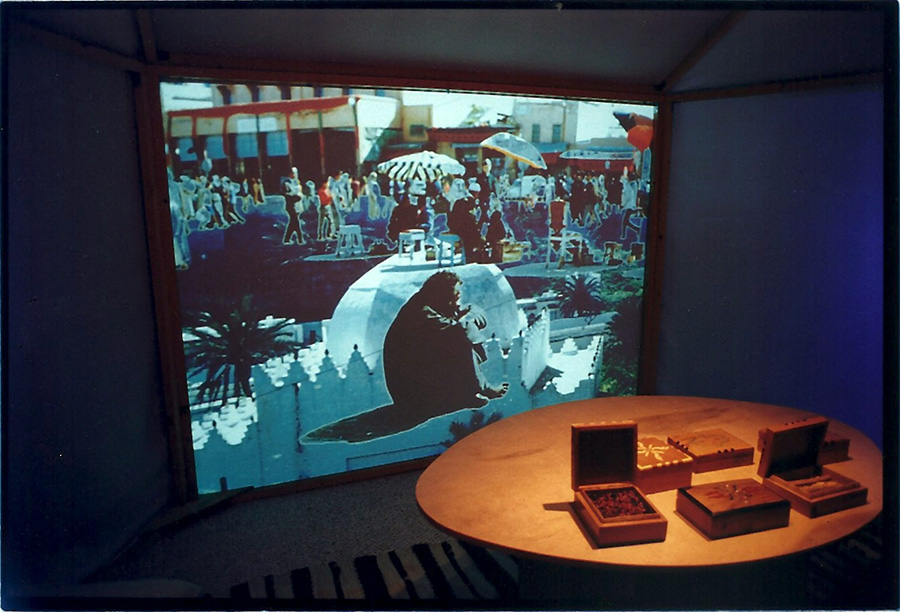 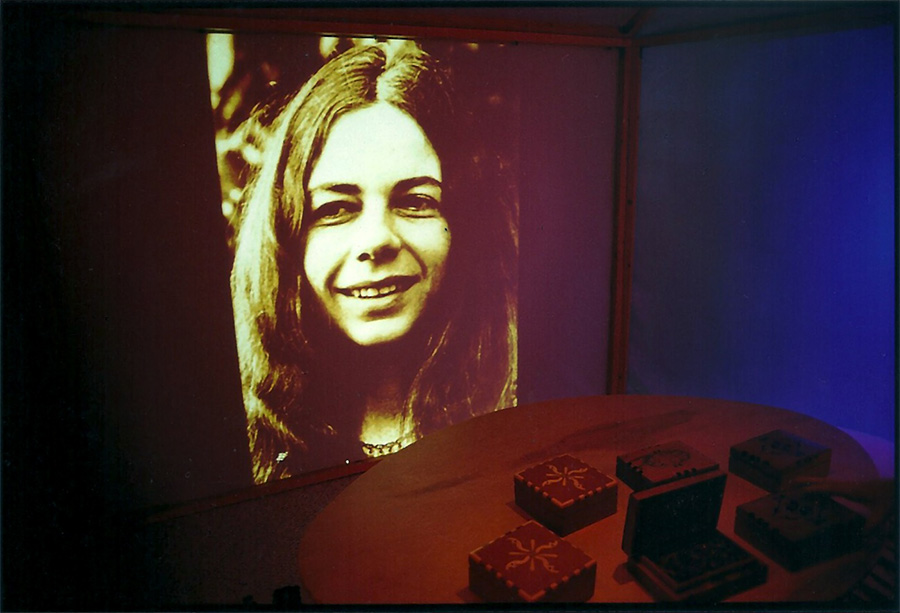