THE DANUBE EXODUS: THE RIPPLING CURRENTS OF THE RIVER

(2002, museum installation, based on a film by Péter Forgács) In 2000, after seeing the DVD-ROM we did with Pat O’Neill and hearing about us from documentary scholar Michael Renov, Hungarian filmmaker Péter Forgács (a visiting scholar at the Getty) proposed a collaborative project with Labyrinth: a multi-screen immersive installation based on The Danube Exodus, his 60-minute video that had been aired on European television in 1997. But now it would draw on 40 hours of footage that included archival material and recent interviews shot by Forgács. Also a collaboration between the Annenberg and Getty foundations, it served the former by integrating film with new media and it drew on rare books and maps from the Getty collection as well as on their brilliant designer Merritt Price. At Labyrinth we were thrilled to work with Peter: for the first time, we would be designing a museum installation rather than a DVD-ROM.

We spent weeks discussing the basic conceptualization. As a database narrative, the project enabled Labyrinth to launch a new genre—the archival cultural history. Both an archivist and a media artist, Forgács is known for his haunting historical films that remix home-movies and documentary footage collected from Central Europe, mainly from the 1930s and 40s. The Danube Exodus interweaves three stories: in 1939 Jewish refugees fleeing Hitler reach the Black Sea where a ship takes them to Palestine; in 1940 Bessarabian German farmers (in what is now Romania) are repatriated to the Third Reich after the Soviets confiscate their land; both groups are transported along the Danube by a Hungarian river captain named Andrásovits, an amateur filmmaker who documents their journeys on film and ferries them into historical memory. The three stories compete for control over the central narrative space, which is comprised of five giant screens. It is dominated by powerful images, accompanied by Tibor Szemzö’s mesmerizing music and Jim McKee’s minimalist sound design. But it contains few words. Verbal language is restricted to the two computer stations on either side of the central space (one devoted to the Jews, the other to the German farmers) where one finds interviews with survivors. Within the central poetic space, visitors use a touch-screen monitor to control the imagery. Periodically three rings of moving images emerge from the river, enabling visitors to select one of 18 orchestrations that takes over all five giant screens. We are not used to seeing a humble genre like home-movies projected on this scale, which is usually reserved for “heroes” like Napoleon and Hitler.

During the production, Peter frequently slept on a small cot within our studio, totally obsessed with the editing. The first time we saw the images projected on the five large screens, we all knew they had to be slowed down. We agonized over whether to let visitors interrupt an orchestration. Since we knew the power of Peter’s images depended on pace, we sacrificed agency for emotive immersion.

Though the Getty said visitors would spend no more than 20 minutes in the exhibition, at the 2002 premiere, many stayed in the central space for an hour or two. After the Getty, it went to ZKM’s Future Cinema exhibition in Karlsruhe, and then travelled worldwide for the next 10 years. 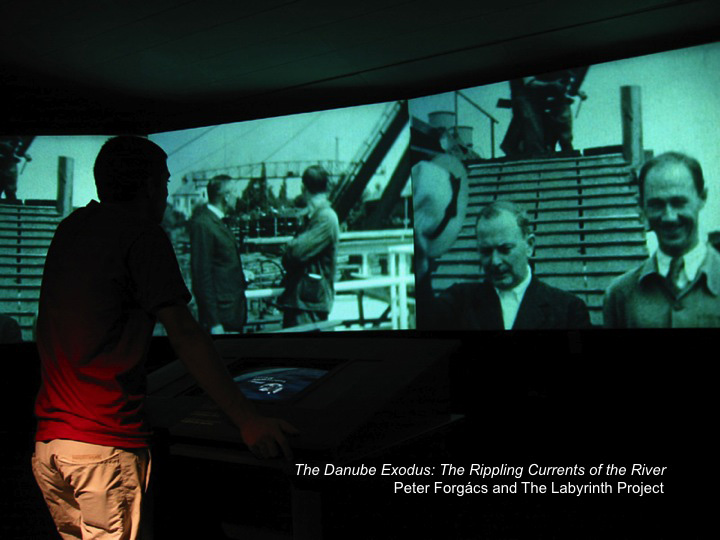 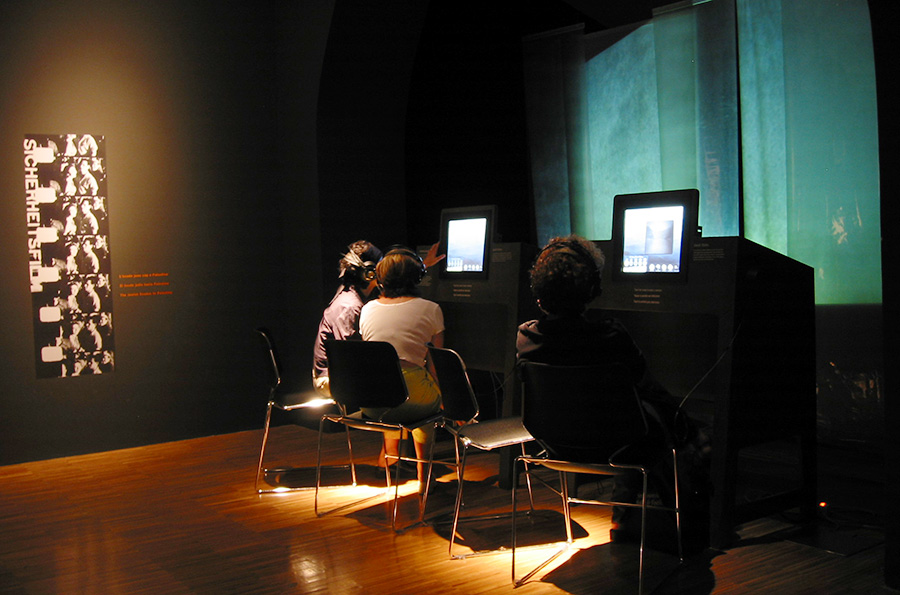 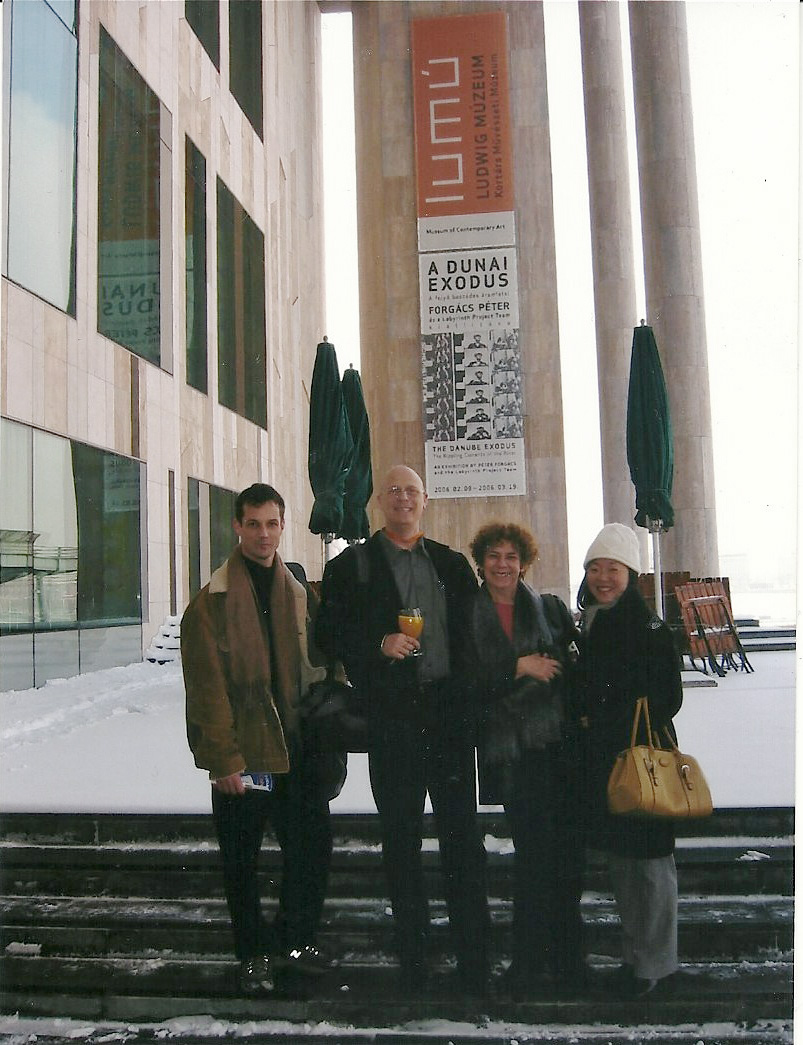 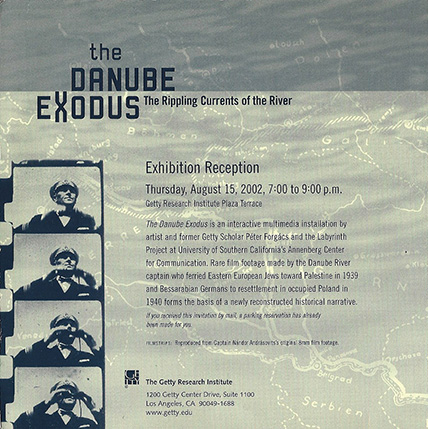