Written and conceived by Marsha Kinder, designed by Charles Tashiro, and programmed by Barry Schneider on HyperCard, this interactive CD-ROM was originally planned as a companion to my 1993 book, Blood Cinema: The Reconstruction of National Identity in Spain. The first scholarly interactive CD-ROM in English Language film studies, it launched the Cine-Discs series of bilingual series on national media cultures, on which I was general editor. The second in the series was Yuri Tsivian’s Immaterial Bodies: A Cultural Anatomy of Early Russian Film (1999), produced by Barry Schneider, which won the 2001 BAFTA (British Academy of Film and Television Award) for best interactive work in the “Education” category.

Having learned my lesson about licensing on the Reframing Roger Rabbit project, I got the Spanish Ministry of Culture and filmmaker José Luis Borau to help me get the rights to use excerpts from fifteen Spanish films discussed in my book—including popular films like Almodóvar’s Matador (1986) and rare works like Lorenzo Llobet Gràcia’s lost film Vida en sombras (Life in Shadows, 1947-48) and Buñuel’s early sound films at Filmófono. These excerpts were crucial for the book since most of these films were not available in the US at that time. In addition to the close readings of these excerpts, there were also commentaries (in English and Spanish) on the book’s larger conceptual issues—transcultural reinscription, violence, the Spanish Oedipal master narrative, exile and diaspora, and micro- and macro-regionalism.

Given I had also learned from the Roger Rabbit project to secure the publisher in advance, I set up a sweet cooperative arrangement between UC Press, which was publishing the book, and Image Entertainment, which agreed to publish the CD-ROM in its education division. But by the time UC Press was ready to sign the contract, Image Entertainment had closed down its education division. Terribly frustrated by the glacial pace of academic publishing, I decided to publish the CD-ROM and handle its promotion myself. It turned out to be the only multimedia project on which I actually made a profit. 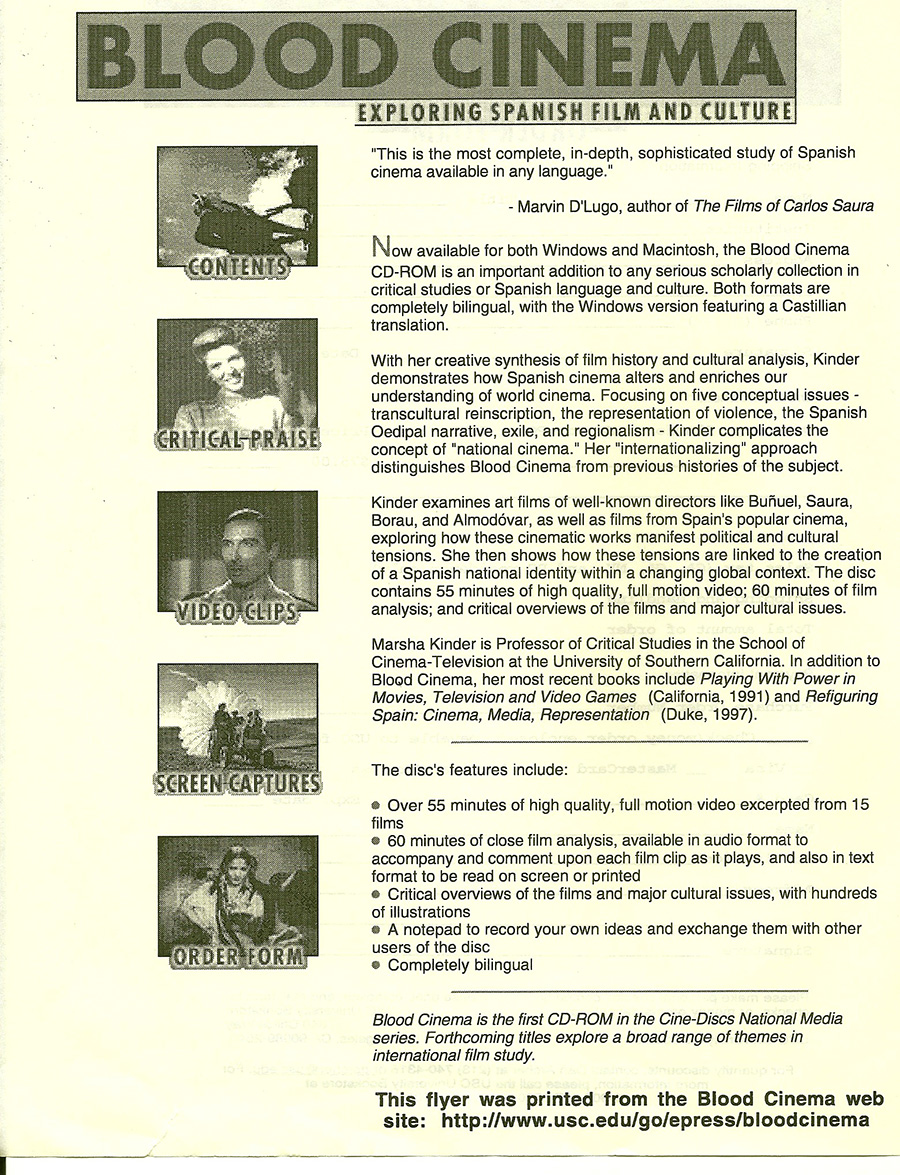