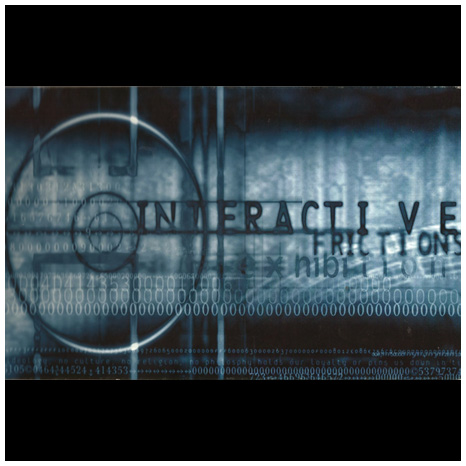 What was most remarkable about this conference was the range and diversity of the participants, which included artists, theorists, philosophers, architects, historians, game designers, entrepreneurs, and critics. Virtually all of the panels, installations and performances featured the creative interplay between theory and practice. I had purposely asked my (then) junior colleague Tara McPherson and our (then) doctoral student Alison Trope to co-host the event because I wanted it to involve several generations. We also had other graduate students co-curating the exhibition and chairing panels, hoping that the conference would have a strong impact on the entire department. As you can still see on our website, the responses from those who attended were very enthusiastic. And many of the papers that were presented then are still relevant now, as Tara’s and my anthology, Transmedia Frictions: The Digital, the Arts, and the Humanities, clearly shows.

The concurrent exhibition at the USC Fisher Gallery was also well received. As soon as you entered the gallery, you confronted Richard Weinberg’s Media Wall, whose multiple screens evoked the database narrative structure of the entire exhibition. In the West Gallery, you found pieces that evoked Immersion Memories and Projected Subjectivity—some very personal like Vibeke Sorensen’s Morocco Memory, where visitors are immersed in a diaphanous tent with the aroma of spices and images and sounds from North Africa; and Christine Panushka and Sara Roberts’ Archive: Comings and Goings 1-49, a chest of many drawers documenting their long friendship, which visitors could open and explore; and Norman Yonemoto’s Self Portrait, where the memories are written on his body. Other pieces in this wing were more abstract but still immersive — like Cindy Bernard’s Location Proposal #2, Jean Rasenberger’s Ooh, Oomph, Oops: Fields, Forces and I Forgot, and Agueda Simó’sMicroworlds, Sirens and Argonauts. In contrast, the East Gallery featured Diasporic Stories andNarrative Movements—from the spatialized interactive encounters of Bill Viola’s Hall of Whispers, George Legrady’s A Sense of Place, and Sawad Brooks & Beth Stryker’s DissemiNET, where the emphasis was on the movements of the visitors through the exhibition. In contrast, James Tobias’s To Live and Die in LA, and Kristy Kang and Nithila Peter’s Jewels and Scars: Anjaane Geheno Ki Baath, both featured the movements of the artists.

The East Gallery also contained projections of Labyrinth’s first three CD-ROMs—The Crazy Bloody Female Center, Mysteries and Desires: Searching the Worlds of John Rechy, and sketches for Tracing the Decay of Fiction: Encounters with a Film by Pat O’Neill. Despite the emphasis on the immersive memories, subjectivity and diasporic movements of the artists (Menkes and Rechy), the visitor was deliberately positioned as a performer, whose narrative movements could be closely monitored by others within the gallery space. 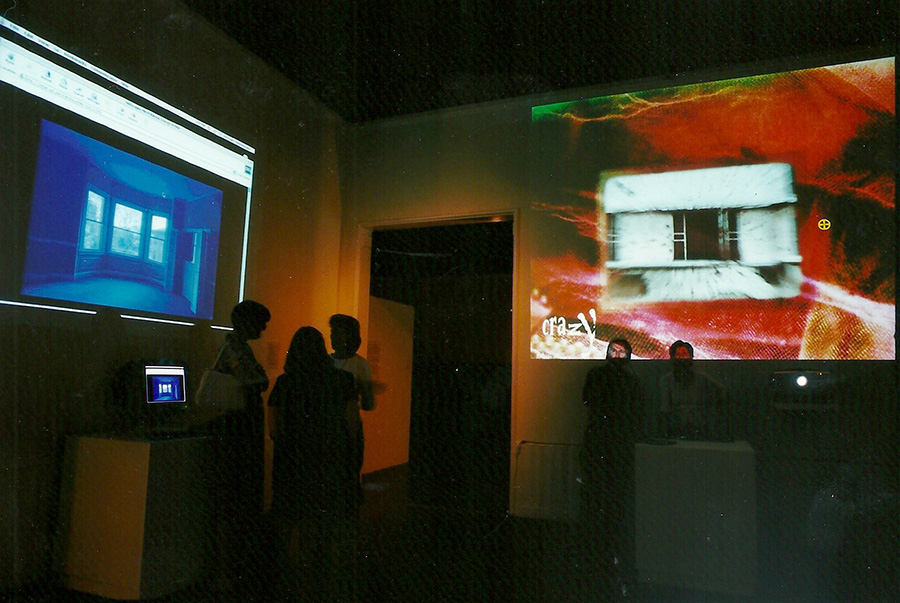 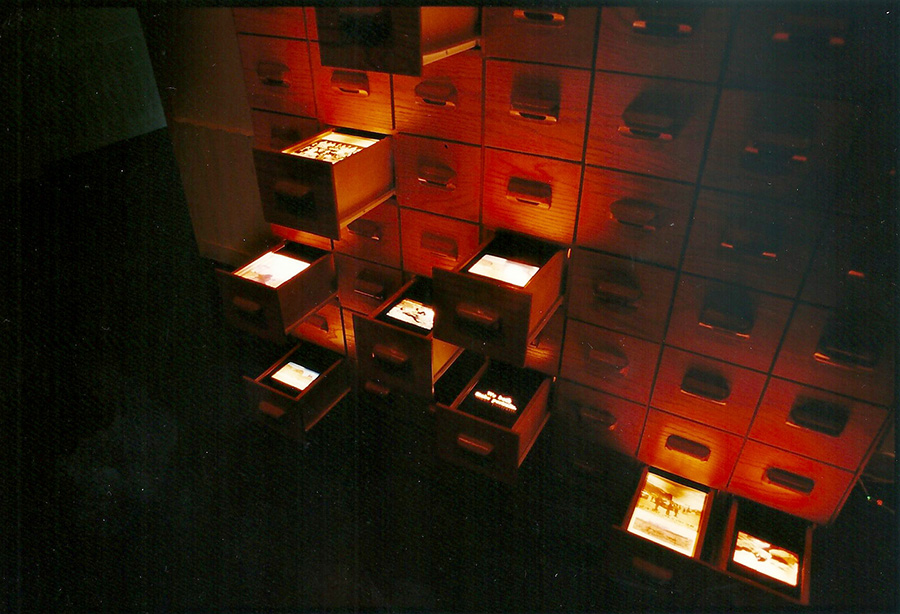