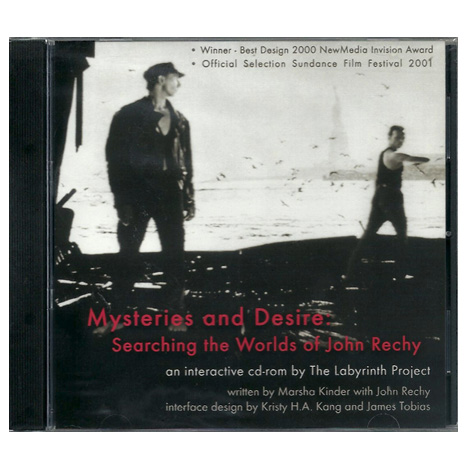 Unlike our other Labyrinth projects, Mysteries and Desire was based on the works of a writer rather than a filmmaker. Though we could draw passages from any of his novels and though he generously gave us access to his family photographs and mementos, we had to create all of the visuals and a structure that would weave them together in a meaningful way. Unlike Menkes and O’Neill who were determined to control the visuals, John told me, “Show it to me when you’re finished.” Although this remark could be read as trust or indifference, John was totally cooperative in guiding us through the area of Griffith Park devoted to the sexhunt, which his first two books (City of Night and Numbers) helped make the most notorious gay cruising site in America. And he was totally professional in recording all of the voice-overs, most of which he did in a single take. And, most important, we agreed that he had veto power; he could delete anything that made him uncomfortable.

As writer-producer on the project, I originally designed a four-part structure: two worlds devoted to his mind (Memories and Dreams) and two to his body (Body-building and Cruising), each with its own repertoire of gestural interfaces (several designed by James Tobias). Since John’s books openly detailed his lived experience as a street hustler, I did not expect him to censor any of these choices, but he asked me to omit the section on Dreams because he thought it was too revealing. Of course, I agreed—even though I had a large file of his unpublished dream reports. As he confides in Memories, I sometimes appeared as a figure in his dreams, and he would frequently call me in the morning to describe his latest nightmare.

Knowing his books very well, I deliberately drew metaphors that we could animate as visual motifs—e.g., the choreographed dream of the sexhunt, ironic puns like numbers, pornographic images dissolving into stations of the cross, and recurring lines like “there’s no substitute for salvation.” I was determined to emphasize not only his wide mixture of tones—from humor and wit to repetition compulsion and pain —but also the way he challenged the boundary between autobiography and fiction (an assumption compatible with the latest thinking in neuroscience). At the time we called it “an interactive memoir,” which presents a diverse array of personal materials by and about a seasoned individual and sets them against larger collective histories (in this case, of Chicano culture and the gay world). Although the networked connections may grow fainter as one ages, the larger cultural ties become more telling. In fact, John’s partner Michael Ewing is now making a documentary film about him and hopes to use some of our files as source material.

Along with appearances at film festivals (Sundance, Montreal, Rotterdam, Mills Valley, Vipers/Geneva) and Museums (MOCA, ONE), this project brought us our first award: the 2000 NewMedia INVISION Gold Award for Creative & Technical Excellence and Best Overall Design. 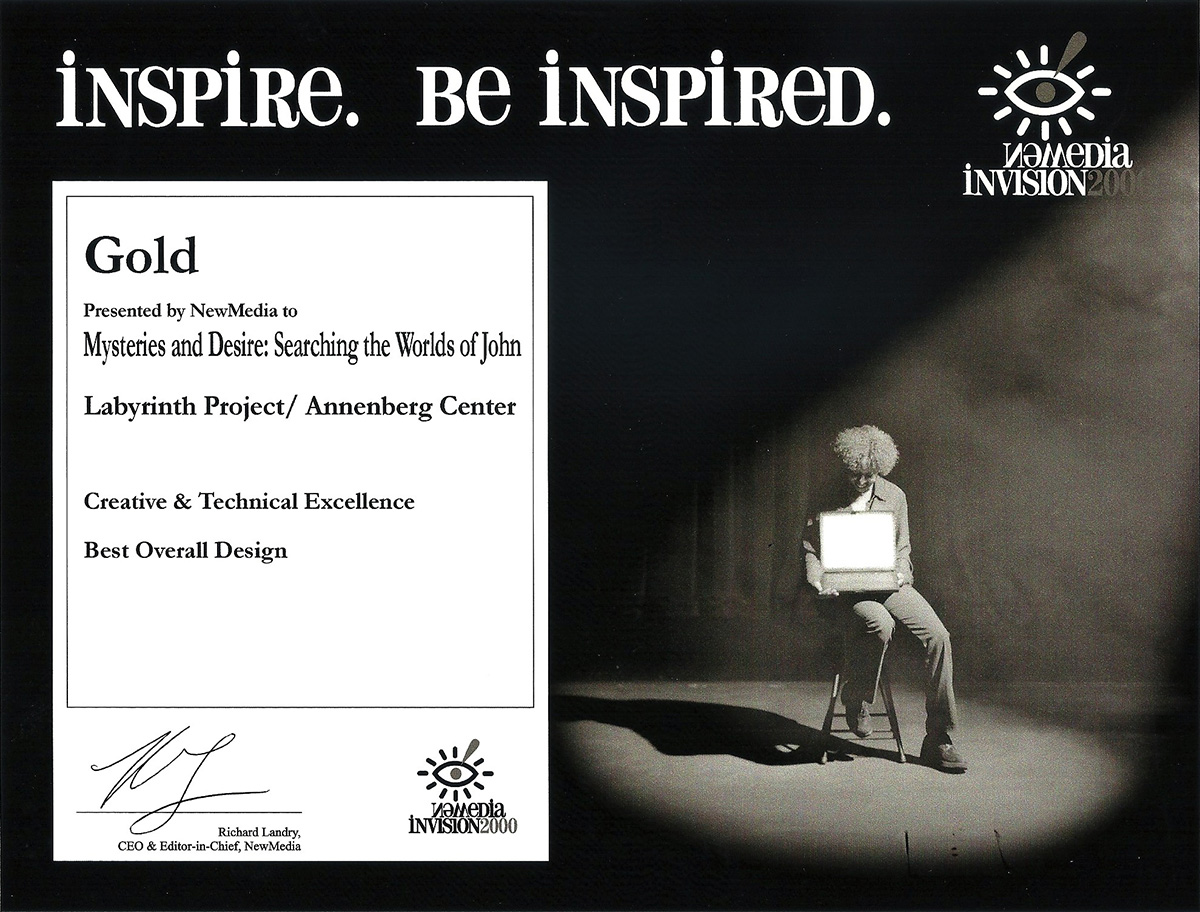